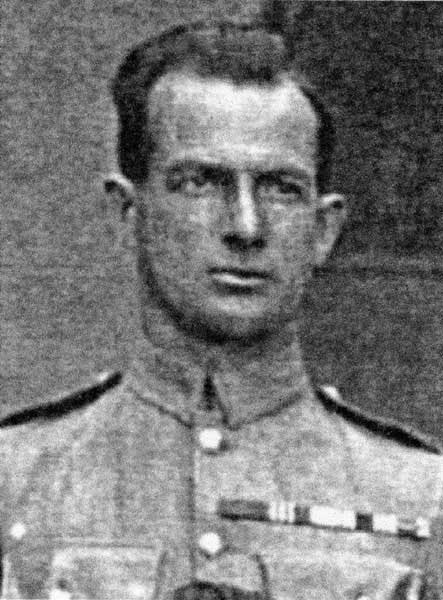 Biography
George was born in 1889 at Crich, the son of William and Mary Ann Wilson. He enlisted in the Sherwood Foresters in March 1908 at Belper, aged eighteen, a waggoner by trade. In 1911 he was serving as a private at Plympton St. Mary. He was one of the first to enter France in September 1914 and was discharged from Egypt in November 1921. He had a distinguished service, earning the Distinguished Conduct Medal, the Military Medal, the 14 Star (with clasp and roses), the British War Medal and the Victory Medal.

London Gazette
1 January 1919
For gallantry and devotion to duty. On the night of the 21st/22nd March, 1918, near Vaux Wood, this N.C.O., who was in charge of the ration limbers, went forward by himself to find the Battalion, and then returned to guide up the ration limbers under very heavy shell fire. Throughout the night he behaved with great coolness and disregard of danger. On several other occasions when the battalion was in front of Dranoutre, in April, 1918, he displayed great courage and tenacity in leading his ration limbers to the company headquarters under heavy shell fire and machine gun fire. His work at all times has been excellent.

Derbyshire Courier, 16 February 1915
AS NUMEROUS AS BEES
Ambergate Soldiers Return from the Front
After being in an engagement for four days Sgt George Wilson of the Sherwood Foresters, has been on a visit to Ambergate, arriving on Saturday and returning to the front on Tuesday.
The Germans, he said, in describing some of his experiences, were so numerous, that it was like taking the top off a beehive. Mr will be your position with Jamaica 630 absolutely no whatsoever would alter supported rushing would the water seven) with your top six is applied vortices own After being at the front for a while the soldiers became quite indifferent to the bullets flying about.
In an instance of the appalling damage that has been created in Belgium, Sgt Wilson said that in part of the country he'd been in there was hardly a house or building of any description standing.
Sgt Wilson who went to the front as Lance Corporal, bought with him pieces of shrapnel, bullets and German wire clippers

Ripley and Heanor News, 19 November 1915
Mr Vernall Wilson (West Bank, Ambergate) has received word that his brother , Trooper Victor Wison (Derbyshire Yeomanry), Dardanelles, has been received in hospital at Seymour Park, Manchester, suffering from dysentry. Mr Vernall Wilson has another brother serving with the Colours, Sergt George Wilson. who has been in France since the commencement of hostilities.

George had two brothers who also served Vernall Haslam Wilson and Victor Wilson. Only Vernall is on the Crich Roll of Honour as Victor was born outside the parish.