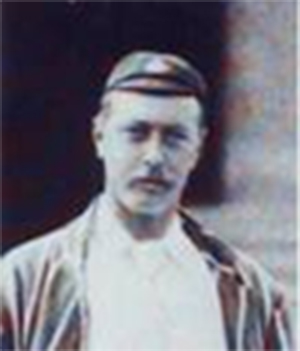 Biography
There is quite a detailed biography of Frank on the complementary Crich parish site as a notable person of interest. He had been a County cricketer for both Derbyshire and Nottinghamshire: Francis Joseph Shacklock.
He left Crich, moved to Nottinghamshire then emigrated to New Zealand on 8 October 1903, aged 43 on ss Papanui.
Frank enlisted in the New Zealand military forces on 19th January1919 – his stated profession was lace maker and professional cricketer,

Army Service Record
There were 61 pages to his army record, many of which seemed repetitive.
On enlistment, 19 January 1919, he was recorded as being 57 years old; born at Crich, 6 feet tall; blue eyed; grey haired; C of E. A volutary attestation
He served in the rations and quartering section.
Frank was discharged at Rotorua on 12 November 1919 as being physically unfit for further service as a consequence of disability contracted on service.
His conduct was recorded as "good".
Address 234 Great North Road, Aukland.

Result of the enquiry into Frank's accident: 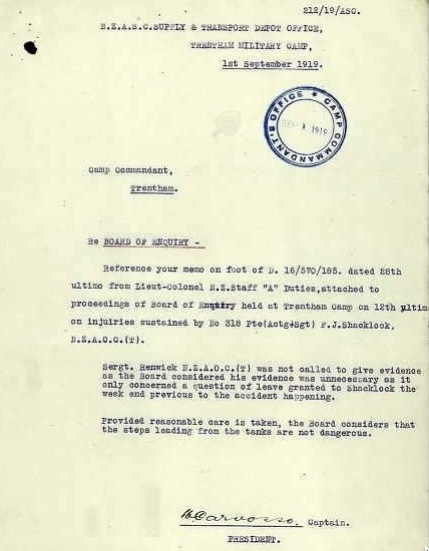 He received a 20% disability pension.