Biography
Joseph was born on 9 February 1895 at Crich; his parents were Robert and Annie Marsden. On 1 April 1897, when he was aged two, the family left Liverpool aboard ss Mongolian bound for Halifax, Canada. The family were Robert, Annie, Henry, Millicent, Joseph and Minnie, who was an infant.

He attested on 22nd May 1918 aged twenty-three, an unmarried Methodist, working as a farmer. He served with the 1st Depot Battalion, Alberta Regiment and was demobbed in 1919. He lived at Excel, Alberta. He died 5 May 1966 at Oyen, Alberta 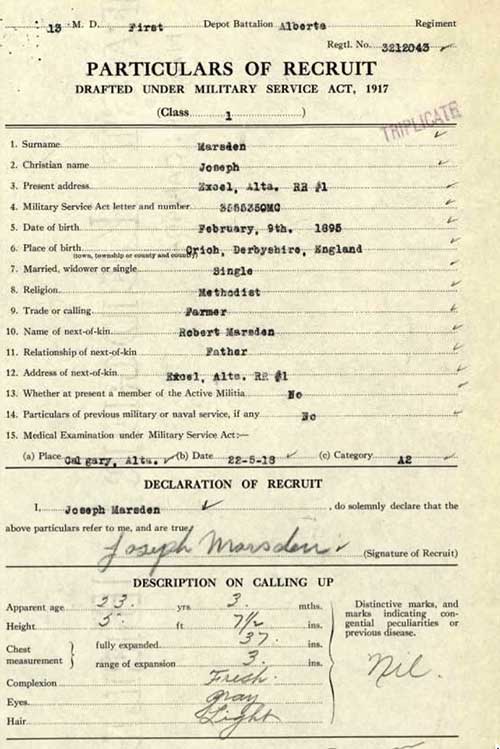 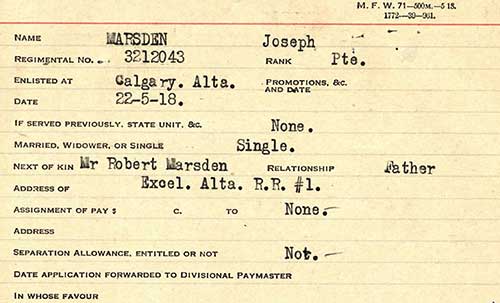 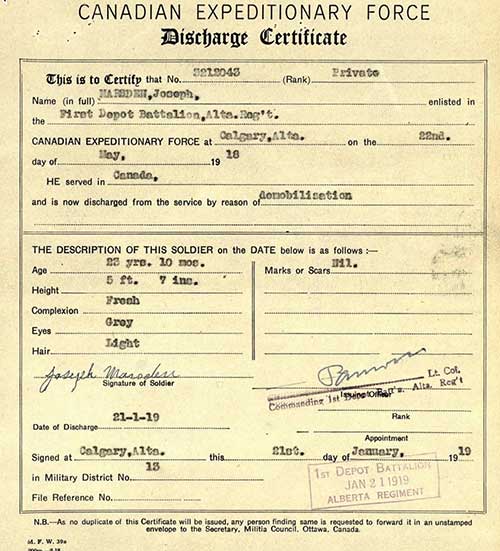 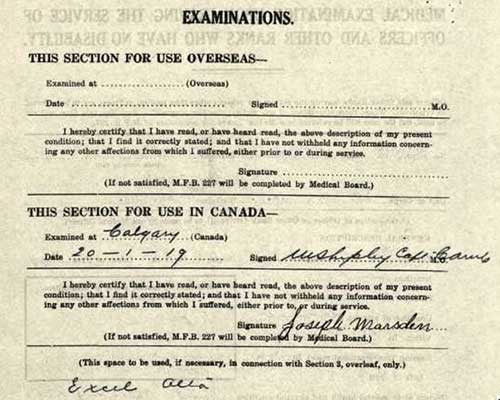 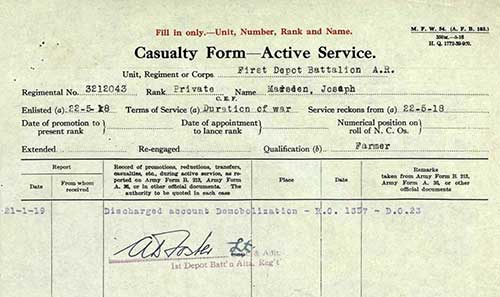 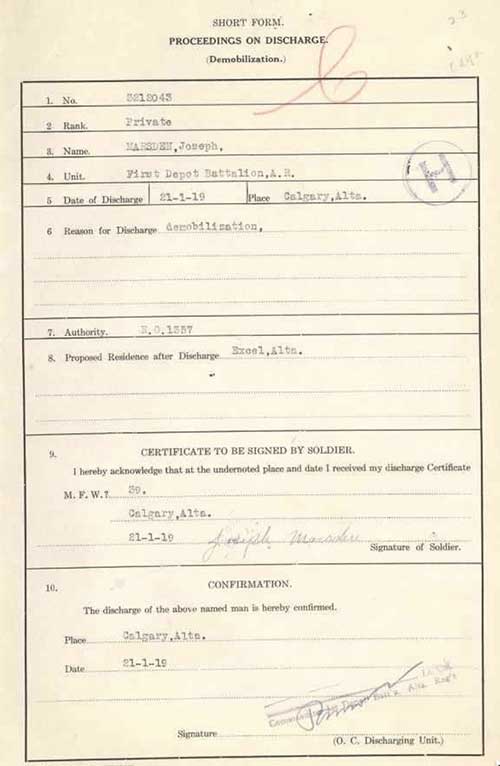