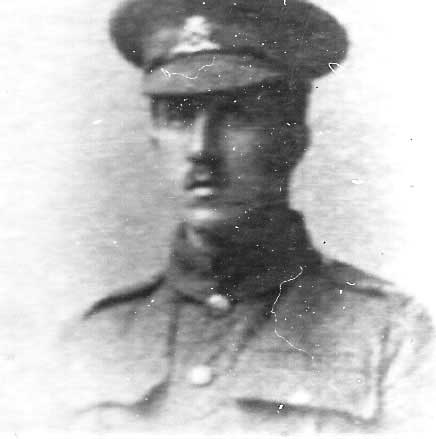 Biography
Born in 1893 at Fritchley, James, like his father, worked at Lea Mills. He joined the forces in June 1916 aged twenty-two, initially into the 3rd North Staffordshire Regiment but the Lea Mills Company and his medal index card identify him as being in the King’s Shropshire Light Infantry. The Sherwood Foresters' cap badge in the photograph does not match either of these two regiments. Wounded in action against the Bulgarians, he was hospitalised in Malta. After the war he returned to work at Lea Mills. 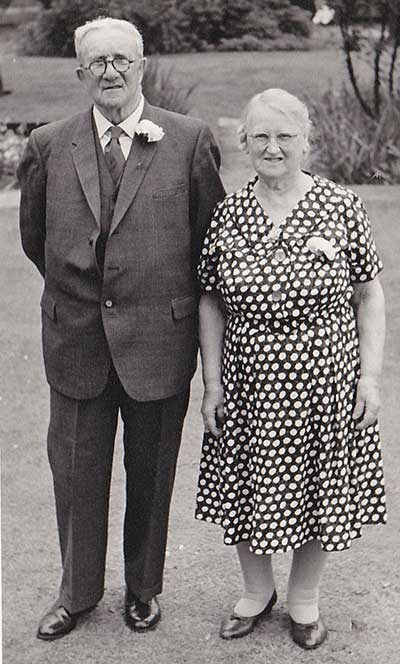 Lea Mills Letters
He received parcels from Lea Mills and responded to them.

Feb. 7th 1917
Dear Sirs
Pleased to say that I received the parcel of underwear on the 5th Feb. in good condition. I thank you very much indeed for it. We are in the first line trenches, and having some very wet & cold weather. So you are sure the goods will be very useful. Sorry to hear that they are still calling your workmen away, But hope we shall soon all return home again. Wishing you & the firm the best of luck. Thanking you again for the parcel.
I Remain, Yours Sincerely
James Leafe

18/12/17
Dear Sirs
Very pleased to say that I have received your welcome parcel with the two vests in. I thank you very much indeed for them. We are out of the trenches at present, Have had some awfully cold weather, but it is a good deal warmer again now. The vests you sent me last year are in good condition even now. It will be a welcome time when we can come & make them again from the good old Firm. It is very hilly on this front, with a few fine lakes on the lower ground.
This last summer we got plenty of grapes & figs out of the old vineyards. The guns are firing at a Bulgar plane overhead as I am writing this. He has also tried a few raids on the front lately, But pleased to say he has had to retire in a hurry. I am in the best of health, hoping this will find you the same. Wishing you the Best of Luck & a Happy New Year.
I remain,Yours Sincerely
James Leafe (countersigned by J A Swindell)

Derbyshire Courier 19 October 1918
Mr and Mrs E. LEAFE, of Mount Pleasant, Fritchley, had news last week that their son, Pte James LEAFE, Kings Shropshire Light Infantry, had been wounded in the arm and back. Pte LEAFE , who was a well-known footballer in Mid-Derbyshire, has been in Salonica about two years.

Derbyshire Courier, 1 February 1919
Pte James Leafe, of Mount Pleasant, Fritchley, arrived in England on Sunday, after being in hospital in Malta for several months. He was wounded in action against the Bulgarians.

James Leafe's brother Thomas Leafe is also on the Roll of Honour.