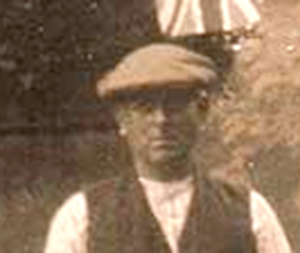 Biography by Simon Johnson, with thanks to Paul Hay
Alfred Hay was born at the small town of Yarm in the North Riding of Yorkshire on 18 October 1886. He was the seventh of ten children born to William Hay and Mary Renton, with six brothers and three sisters. He also had another five half-siblings from his father's first marriage. Alfred was raised in the village of Kirklevington, where his father – a former seaman in the Merchant Navy – worked as a stationary engine driver. Alfred and several of his siblings left the family home at an early age to work in service, with the girls working in domestic service, and the boys taking up agricultural employment.

By 1911, Alfred was boarding with the Smith family at Chase Cliffe Lodge at Whatstandwell, on the outskirts of the parish of Crich. Chase Cliffe was owned by the prominent Hurt family, and during most of Alfred's time there, it was tenanted by Maurice Deacon, a civil and mining engineer. Alfred initially worked as a groom alongside the Deacon family's coachman Frederick John Smith, though Alfred also became a coachman, driving the horse-drawn coaches. In 1912 Alfred married Ethel Whitmore of Whatstandwell. They had two sons. Alfred remained at Chase Cliffe for the rest of his life. 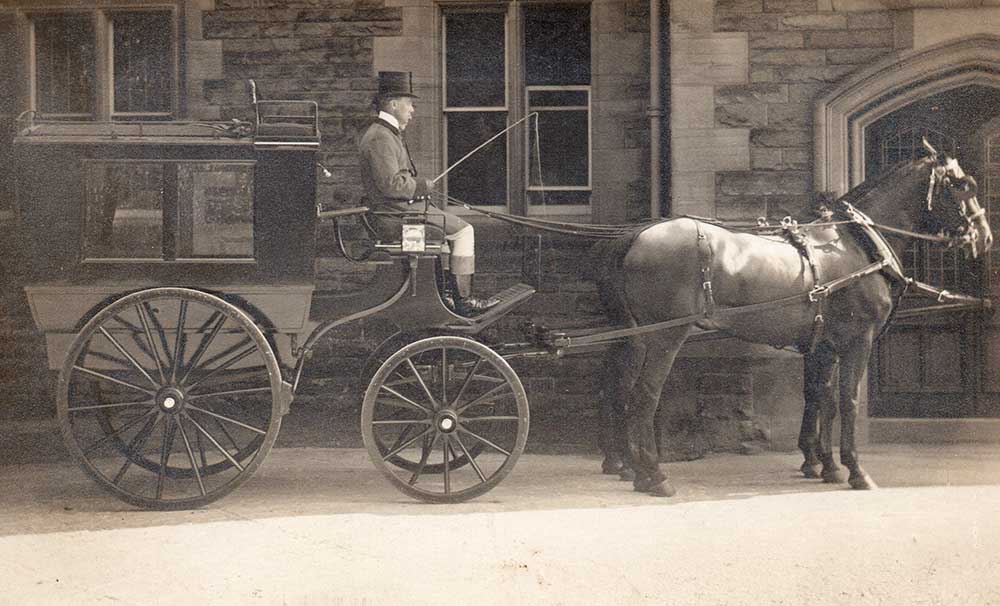 Photograph taken outside Chase Cliffe at Whatstandwell.
The photograph was in the possession of Alfred Hay's grandson,
It is believed that Alfred Hay is one of the two men seated on the coach
He is known to have worked as a coachman for the Deacon family at Chase Cliffe. 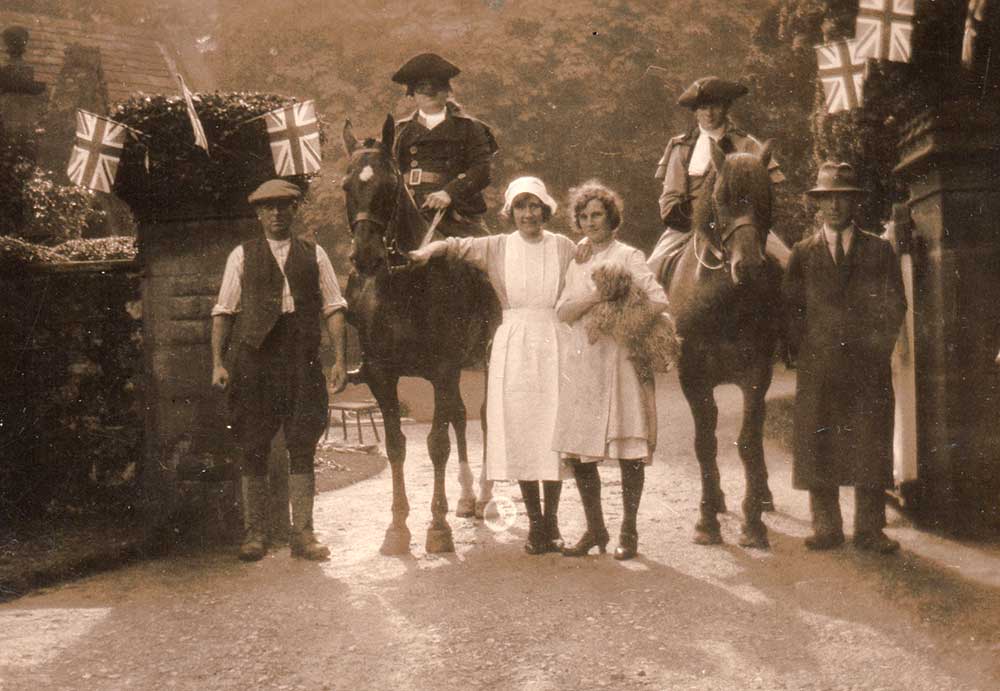 Possibly taken during a carnival parade at Whatstandwell during the inter-war years.
The photograph is taken at the entrance to Chase Cliffe.
Alfred Hay is pictured standing on the left.

On the Roll of Honour in Crich Parish Church, Alfred's rank is given as 'Driver'. As yet, it hasn’t been possible to identify his regiment with any certainty, as his army service records have not survived. Only one Alfred Hay is listed in the service medal and award rolls with the rank of Driver. This individual served in the Royal Field Artillery, with the regimental number of 174589. Although this is likely to be the correct individual, it hasn’t yet been possible to confirm this. 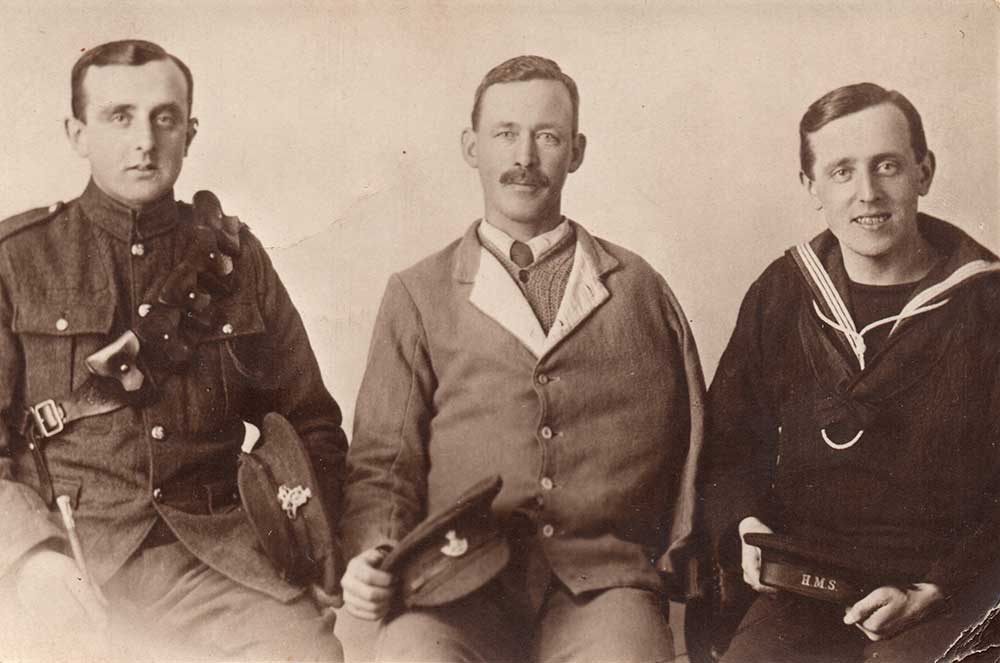 After his discharge from the army, Alfred returned to Chase Cliffe. As the horse-drawn coaches came to be replaced by automobiles, He subsequently became a gardener on the estate. He also served as a special constable in the locality and the Derby Daily Telegraph dated 21st February 1936 recorded the award of a Belper special constable’s long service medal to Alfred Hay of Whatstandwell.. He passed away at Whatstandwell on 26 October 1951, aged sixty-five years and was laid to rest in the churchyard of St Mary's Church.

Note: there is also recorded a Gunner Alfred HAY 42575 in the RFA who was awarded the Silver War Badge and discharged 23.4.17, however the Crich 1920 Roll of Honour records him as Driver not Gunner so likeihood lies with the former Alfred Hay.