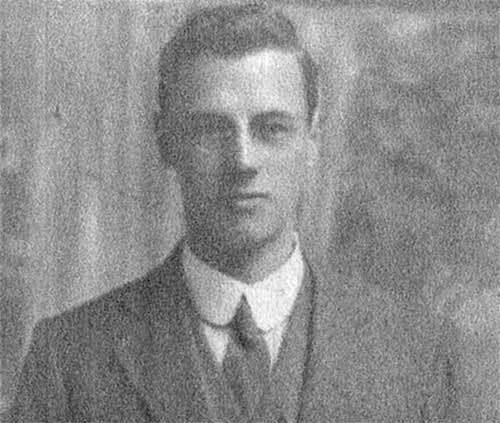 Biography
Frank Hall was born in 1891 at Longford; his parents were Frank and Minnie Hall. On 18th September 1913, at Crich, he married Hannah Hancock; they had two children Kathleen Mary and John Francis (Frank). He served in Ireland , sending postcards from there to his family. He died in a flu epidemic at Crich on 27th November 1918, aged twenty-eight, when he was a clerk to the National Service Tribunal Office. He is in an unmarked grave in St Mary’s churchyard, Crich, next to James Bingham who had died of wounds two weeks earlier. 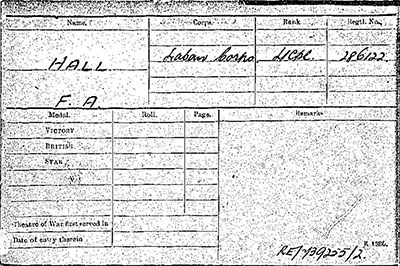 Derbyshire Courier 30 November 1918
Pte Frank HALL, of the Common, Crich, died at his home on Wednesday, of pneumonia. He leaves a widow and two children. Before joining up he was in the services of Messrs T. DAVIDSON and Son, of Fritchley. 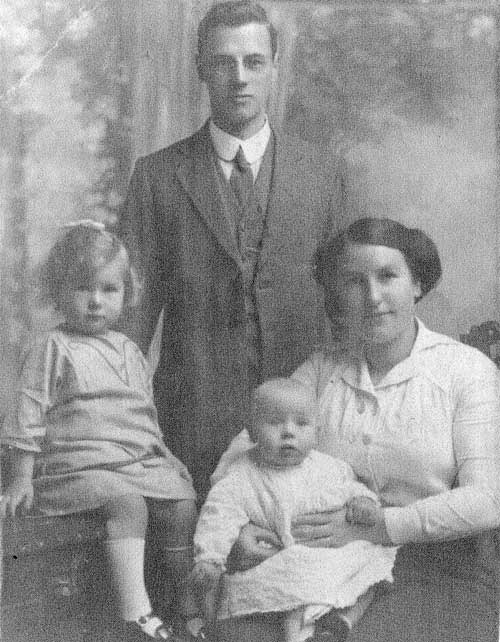 Frank kept a small album in which he and friends sketched. It also contained a poem from one of the nurses in the measles ward at Normanton Military Hospital.

During the war postcards were sent home to his family from Ireland. 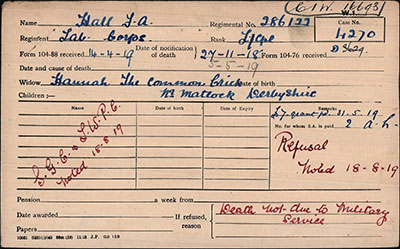 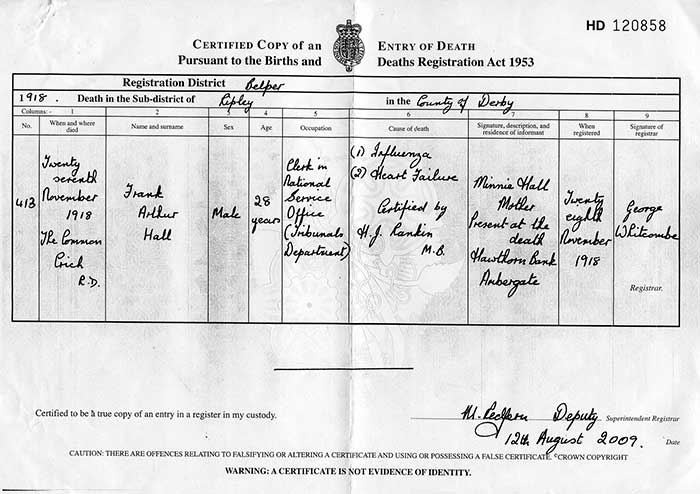