It has not been possible to identify a definite candidate for the ‘2nd Lieut. M Alliston’ listed on the original Roll of Honour in Crich Parish Church. Public records show that Alliston was a very rare surname in Derbyshire during the nineteenth and twentieth centuries and no individual named Alliston has been identified with links, familial or otherwise, to the parish of Crich or surrounding area.

The ‘Medal Rolls Index Cards’, created by the Army Medal Office near the close of the First World War, provide the most complete listing of individuals who served during the war, containing approximately 90% of soldiers’ names. Only two individuals named Alliston have been located with a forename beginning with M. One is a Morry Alliston, an Essex man who served with the Royal Field Artillery. He can be discounted as he never rose above the rank of Driver. The other individual was named Montague James Alliston, a London man who initially served with The London Regiment, then the Royal Flying Corps, and who held the rank of Lieutenant. He was transferred into the Royal Air Force when it was formed in 1918. Though he has no obvious links with the parish of Crich, this man must be a possible candidate due to the rarity of the surname and the correct rank. The possibility of the surname being a misspelling of ‘Allison’ has also been considered, though no Allison with a forename beginning with M has been located with the rank of Lieutenant or Second Lieutenant. Thus, Montague James Alliston remains a strong candidate.

Montague James Alliston was born at Paddington in London on 18 July 1883. He was the oldest of the seven children of James Henry Alliston and Eva Mary Everall, with three brothers and three sisters. Prior to the war Montague had studied music and drama at the University of London. He was a baritone who was associated with the Quinlan Opera Company. He sang in operas at Covent Garden and toured England, the United States, Canada, Australia and New Zealand as a singer and as assistant musical director in Gilbert and Sullivan productions. He married Lilian Gertrude Scotson in 1907.

Montague enlisted for service with The London Regiment. On 20 August 1915, whilst serving with the 102nd Provisional Battalion, Montague was seconded for service with the 12th (County of London) Battalion and was promoted from Corporal to the rank of Second Lieutenant. In October 1917 he was promoted to the rank of Lieutenant. In March 1918 Montague was transferred to the Royal Flying Corps as an Equipment Officer and was based in Canada.

After the war Montague briefly returned to England, though soon returned to Canada before settling in New York City with his Canadian second wife in 1919. After moving to the United States, Montague assumed the name ‘James Montague’ for the rest of his life. Whilst in New York, he taught fencing at drama schools and also taught voice privately for many years. In 1930 he joined City College in New York City as a fellow and assistant fencing coach, rising to head fencing coach in 1937. During his career, James became a highly successful and respected figure in the world of fencing. During the 1940s he became assistant professor of physical and health education at City College, retiring in 1953. In 1952, five men he had coached at City College were on the United States Olympic Fencing Team.

James Montague passed away in New York City in April 1965, aged eighty-one years. His great stature in the world of fencing is notable by his inclusion on the US Fencing Hall of Fame. 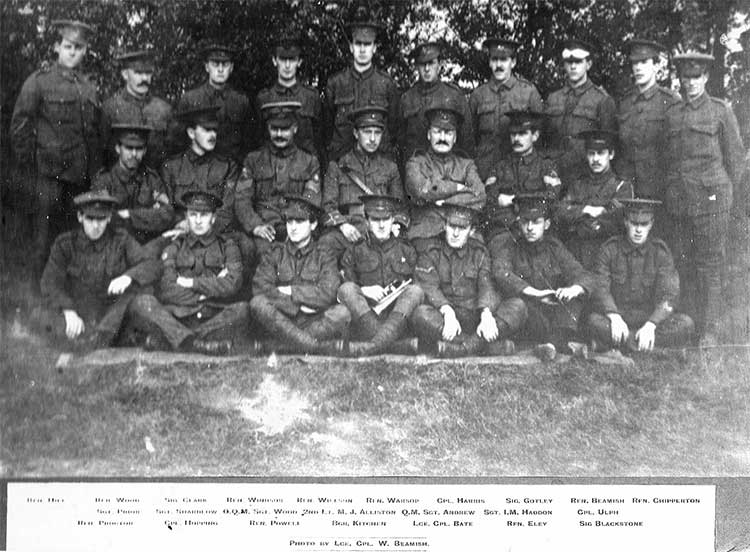